BENEFITS TO CHILDREN Children are an integral part of Japan Karate-Do and are treated with the same respect as an adult. Karate-Do training can provide all children with the regular exercise critical to good mental and physical development. In particular, this type of physical involvement has benefited hyperactive children by providing a constructive way for them to direct their excess energy as well as raising the energy level of lethargic youngsters. Along with the obvious, rewards, Karate-Do provides other valuable rewards to any child’s development. Discipline, self-respect, respect for others, improved emotional maturity, improved concentration skills, self-accountability and self-confidence are natural by-products of the Karate-Do discipline. Karate-Do, as a sport, is an avenue open to children of all ages according to their level of proficiency. Unlike most other sports, Karate-Do is centered around the cultivation of the individual. The child learns through competition that the most important issue is to improve one’s own vulnerabilities; that the essence of competition is primarily within ourselves, not against others. We stress that “failures” and “successes” are of equal value and are treated as tests of character and mental focus. Above all, sanctioned Karate as an Olympic sport and only those affiliated with the Karate Ontario [as we are] will be permitted to field athletes for the Olympic Games. 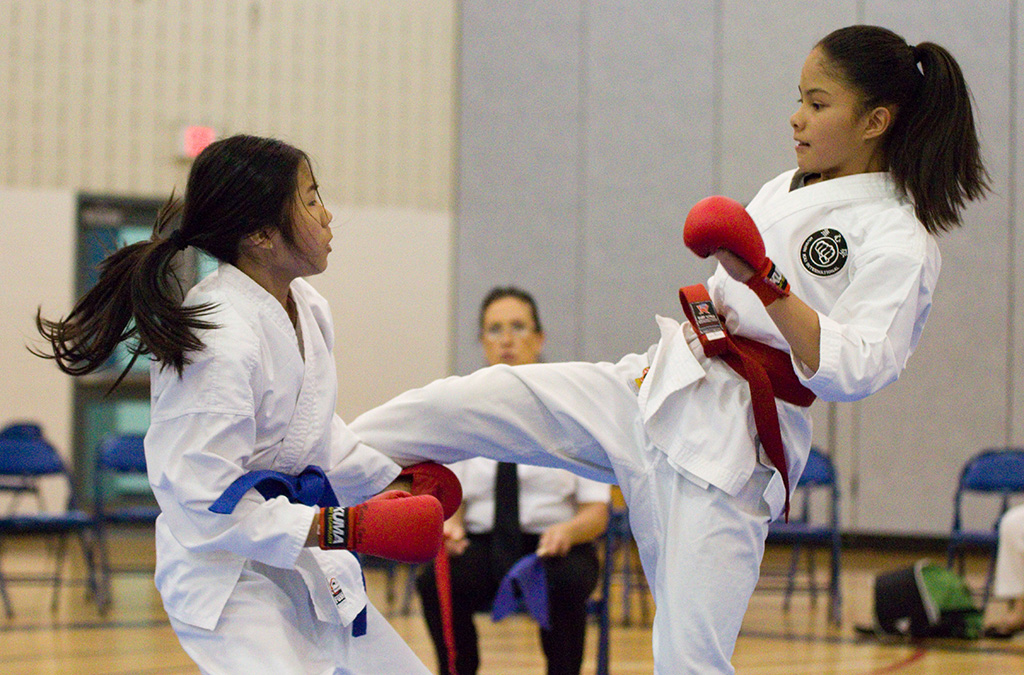